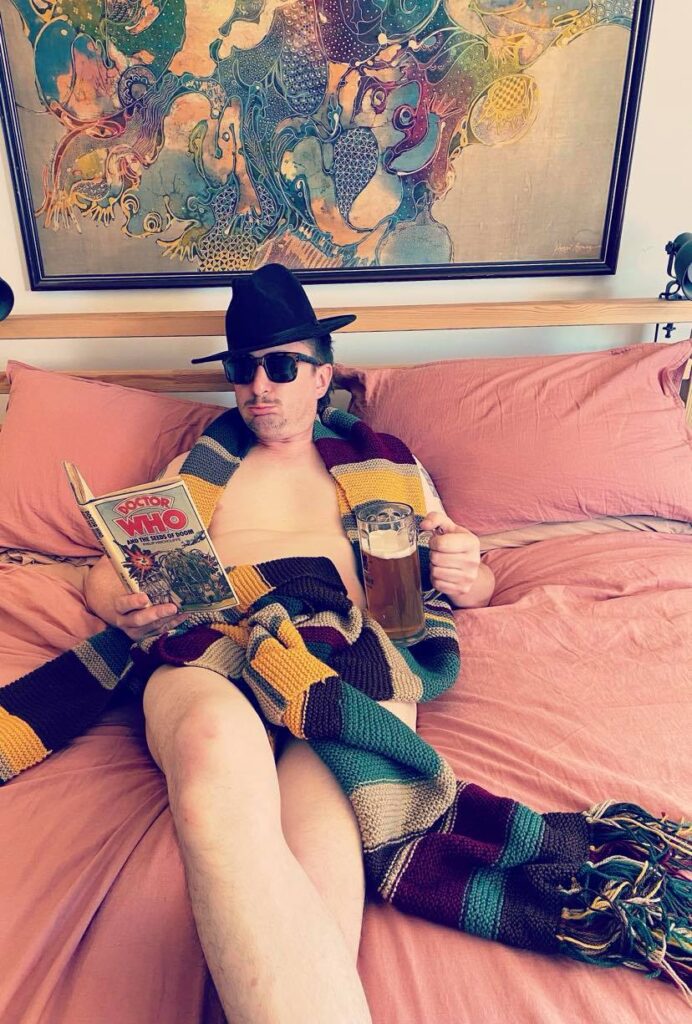 Col Sillitto grew up reading Targets and watching Colin Baker and Sylvester McCoy after school in real time. After that, he had to get up at 4 AM every morning to hit record on his VHS player because the timer didn’t work — a selfless task he repeated day in and day out for the entirety of the classic series repeats on the ABC. His greatest achievement was meeting his comrades in arms Dan and Steve and creating the New To Who podcast with them. His second greatest achievement was meeting and striking up friendships with all of the lovely people the world over within this niche podcasting community. And his third greatest achievement is interviewing Christopher H Bidmead. He loves Flight Through Entirety and his turn-offs include bad feet and pushy people.

Thirteen and a Half Minutes

This week, we’re hunkering down in the Cabinet War Rooms with Col Sillitto from New to Who, surrounded by increasing numbers of suspicious-looking miniature tanks. Nathan is finding the Prime Minister increasingly intolerable, James is gagging for a cup of tea, Richard is admiring the Group Captain’s Spitfire, and Col is reminiscing about that night behind the post office with Dorabella. Little do we know how close we all are to the ultimate Victory of the Daleks.

Episode 203: Thirteen and a Half Minutes · Download · Open in new window