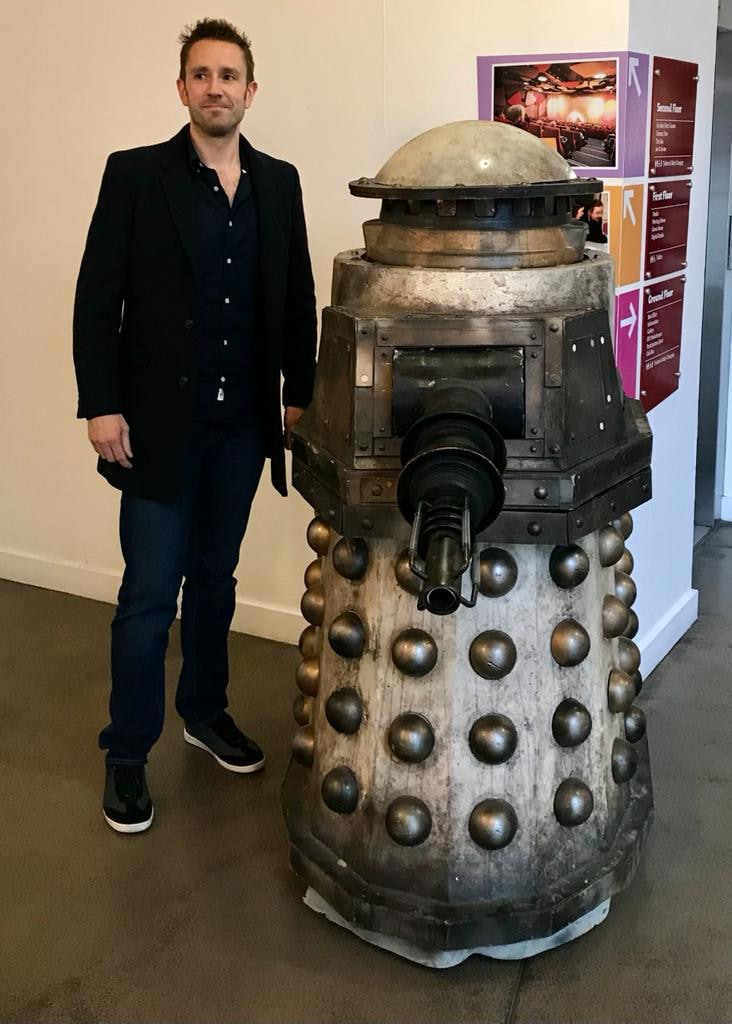 Mark first saw Doctor Who at the age of eight when he unwittingly tuned into the first episode of The Happiness Patrol. Immediately hooked, he became a lifelong devotee of the series and spent the wilderness years assiduously catching up through Target books and then videos, watching his final classic series story, The Time Monster, a week before Rose was broadcast. Mark didn’t meet another fan until joining Twitter. He started the Trap One Podcast in 2017, and has made some great friends through podcasting.

Digby, the Biggest Dog in the World

When loveable middle-class white lady Sue Brockman (Claire Skinner) loses her husband Pete (Hugh Dennis) after his plane goes missing over the English Channel, she decides to withhold that information from her children (Tyger Drew-Honey, Daniel Roche and Ramona Marquez), because she is afraid it might ruin their Christmas (which it totally would). But her world is soon turned upside-down by a mysterious stranger (a very young Prince Philip in his first television role), who beguiles the children with hot and cold running lemonade before whisking them off to an extraterrestrial forest which is about to have massive vats of acid dumped on it. Meanwhile, surprisingly, obnoxiously messianic lion Aslan (Liam Neeson) is nowhere to be found. Mark McManus and Pete Lambert guest star. It’s The Doctor, the Widow and the Wardrobe.

This week, we’re joined aboard a Soviet submarine by Mark McManus, Jack Shanahan and a low-effort lizard alien, who proceeds to run around the boat in the nude murdering members of the crew. But we’re all too interested in Jenna Coleman, David Warner, some guys from Game of Thrones and a discarded fibreglass suit of armour to notice.