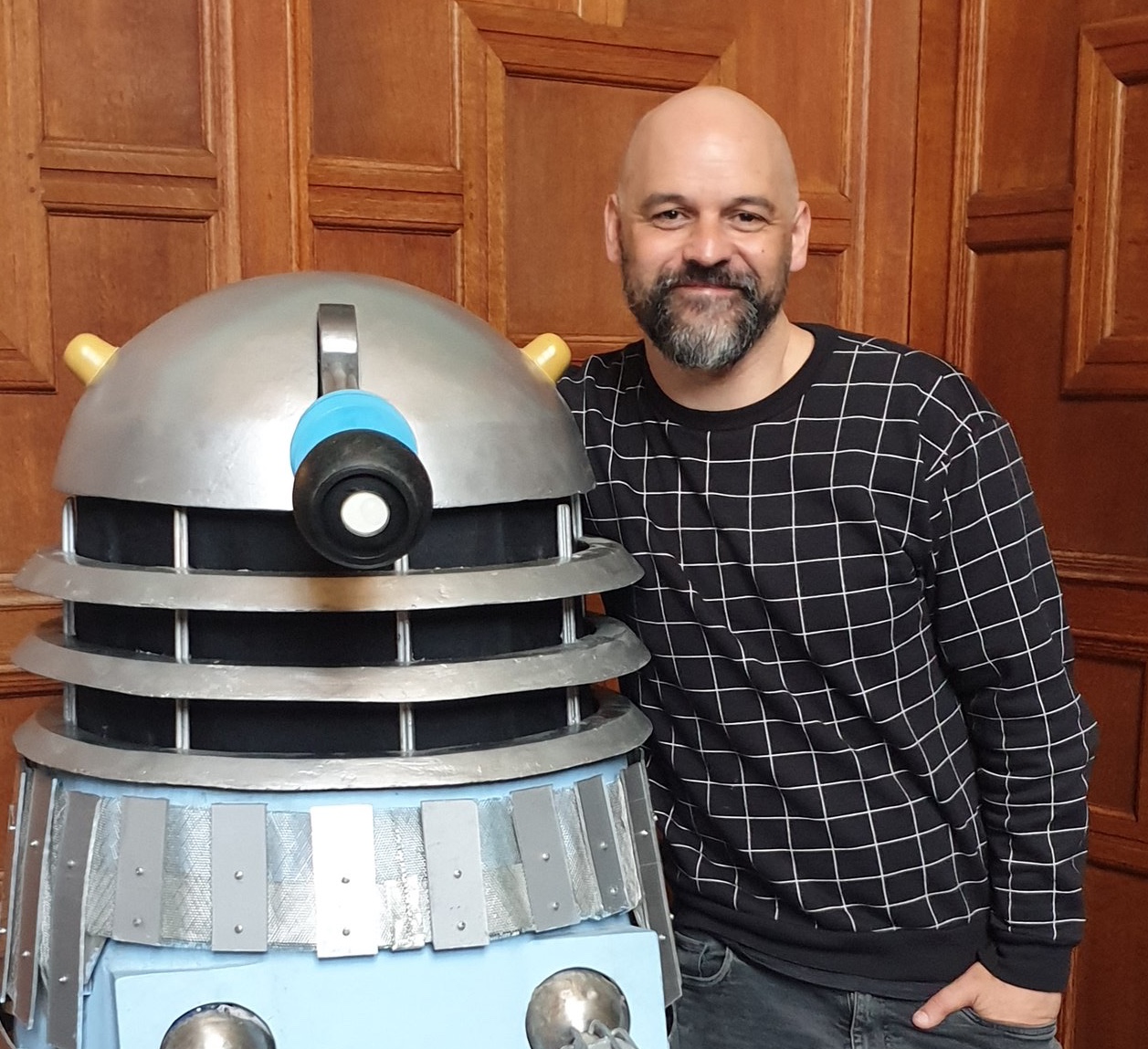 Conrad Westmaas’s earliest memory (of anything) is the Sea Devils emerging from the sea on a repeat of Episode Three. His formative TARDIS era was the Fourth Doctor, Sarah and Harry versus Giant Robots, Wirrn, Daleks, Sontarans, Cybermen, Zygons etc, which has resulted in a lifelong addiction to Weetabix, Typhoo tea and Saturday nights. Conrad served as a footsoldier in the Wilderness Years, working for DWM and Big Finish, and can often be found setting off the Ben Jackson Klaxon™ on Twitter at @hairofthehound_. He was recently put in a headlock by Marek Anton and is still recovering from the undercurrents.

It’s Neither of Them

This week, we’re joined by Pete Lambert and Conrad Westmaas for a social history of Elizabethan England, a whirlwind tour of the life and works of Shakespeare, and some serious criticism of Martha’s taste in men. It’s Tuesday, so this must be Hamlet — it’s The Shakespeare Code.

Episode 165: It’s Neither of Them · Download · Open in new window

This month, Brendan’s got his hand stuck up a robot, and Nathan is preparing a roast dinner made entirely of carrots and prions, when they are unexpectedly joined by those travellers in space and time known only as Pete Lambert and Conrad Westmaas. The conversation soon turns to accents, zombies and specious moral dilemmas: this is, after all, The Waters of Mars.

Something Really Different on Screen

This week, Nathan and Peter find themselves trapped in the corridors of a grimy English hotel with Si Hart and Conrad Westmaas, where the rooms are full of biting into a woollen jumper, turning up to your maths exam totally naked, and the fact that one day, you, your loved ones and everyone who has ever heard of you will be completely and irrevocably dead. The janitor seems pretty fit though. It’s The God Complex.