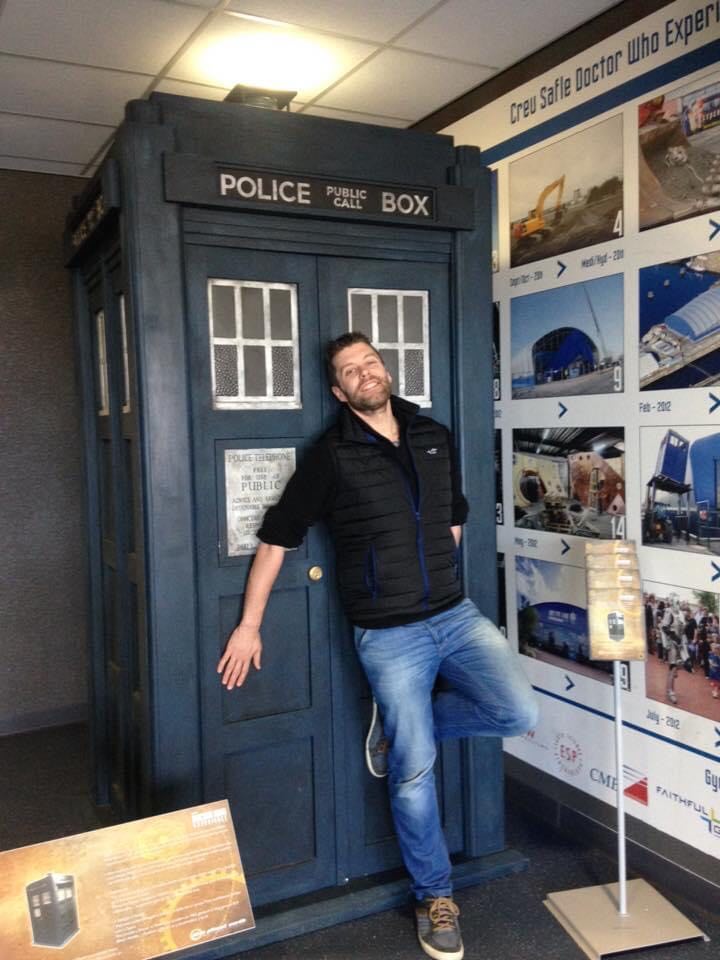 Joe Ford has become synonymous with the words Doc Oho Reviews for over ten years now. He has written over 3,000 reviews, gotten most of it wrong, and then written most of those reviews again. He moved into podcasting after discovering his true talent: never shutting up. Some insane people enjoy listening to his podcasts, so if you wish to join them, you can catch him hilariously flinging obscene observations at his much politer podcast husband Jack Shanahan over at The Nimon Be Praised, or flirting outrageously with everybody else on his commentary podcast A Hamster With a Blunt Penknife. He loves all Doctor Who, especially the stuff he really doesn’t like — that’s the most fun stuff to talk about. He’s 43, gobby, and according to podcast legend Nathan Bottomley, very pretty.

This week, we’re joined by Jack Shanahan and Joe Ford to dicuss an episode where we discover that not only is the Doctor good at saving the world, he’s a useful striker, a reliable employee and a skilled matchmaker. And someone who looks good in a skimpy towel. It’s The Lodger.

This week, a quick trip to Colchester with Joe Ford and Jack Shanahan, to try on a new frock at Sanderson & Grainger before being horribly murdered. In the meantime, of course, James Corden is learning a valuable lesson about fatherhood, while the Doctor comes to terms with his impending certain death, probably. It’s Closing Time.