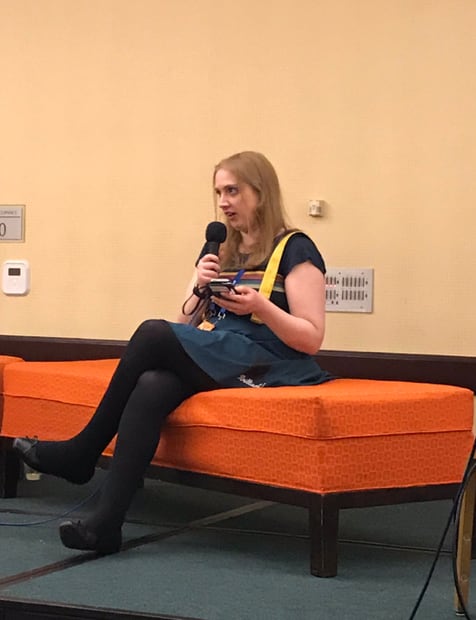 Lizbeth Myles accidentally grew up in the decade and a half when Doctor Who wasn’t on the telly. Luckily VHS (olden times DVDs) had been invented and she made everyone give her Doctor Who stories for her birthday. She tries very hard not to judge people who don’t understand the true genius of The Time Monster. Her favourite robots are the Quarks.

Having a Laugh About Werewolves

This week, Nathan and James head off to Scotland with special guest star Lizbeth Myles. We basically spend the entire episode larking about while all around us the bodies pile up and Her Majesty gets increasingly exasperated. It’s (nature red in) Tooth and Claw.

This week, we’re joined by Lizbeth Myles from Verity! podcast to discuss a terrifying romantic comedy about the brevity of human life. It’s called Blink. People seem to like it.