Dan from New to Who 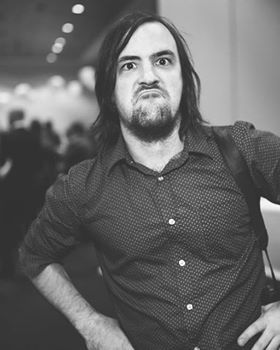 Dan from New to Who was a small child in 1988 London, fearfully watching Sylvester McCoy juggle through a crack in the doorway, when he first swore his allegiance to Doctor Who and to juggling. He spent the nineties in Western Australia borrowing Targets from the library, repeatedly renting the same ten VHSes and waking up at 4 AM to watch cruelly scheduled ABC broadcasts. He still can’t quite believe the show has returned in such a wonderful fashion, and must often stop himself doomsday prepping for a second cancellation. Tragically, he never learned to juggle.

This week, Nathan, James and Special Guest Star Dan from New to Who sit around in a circle to discuss our feelings of loss, our anxieties about our parents’ love, and all our deep-seated fears for the future. It’s our way of celebrating Father’s Day.

Remember Who We Were

Our farewell last week was so heartbreaking that we decided to sneak in one last episode before Christmas. So, here are Terry Wogan and John Barrowman to introduce a heartwarming episode of Flight Through Entirety, in which Nathan and James are joined by Steven B and Dan from New to Who to discuss the 2007 Children in Need special, Time Crash.

Episode 178: Remember Who We Were | Download | Open in new window