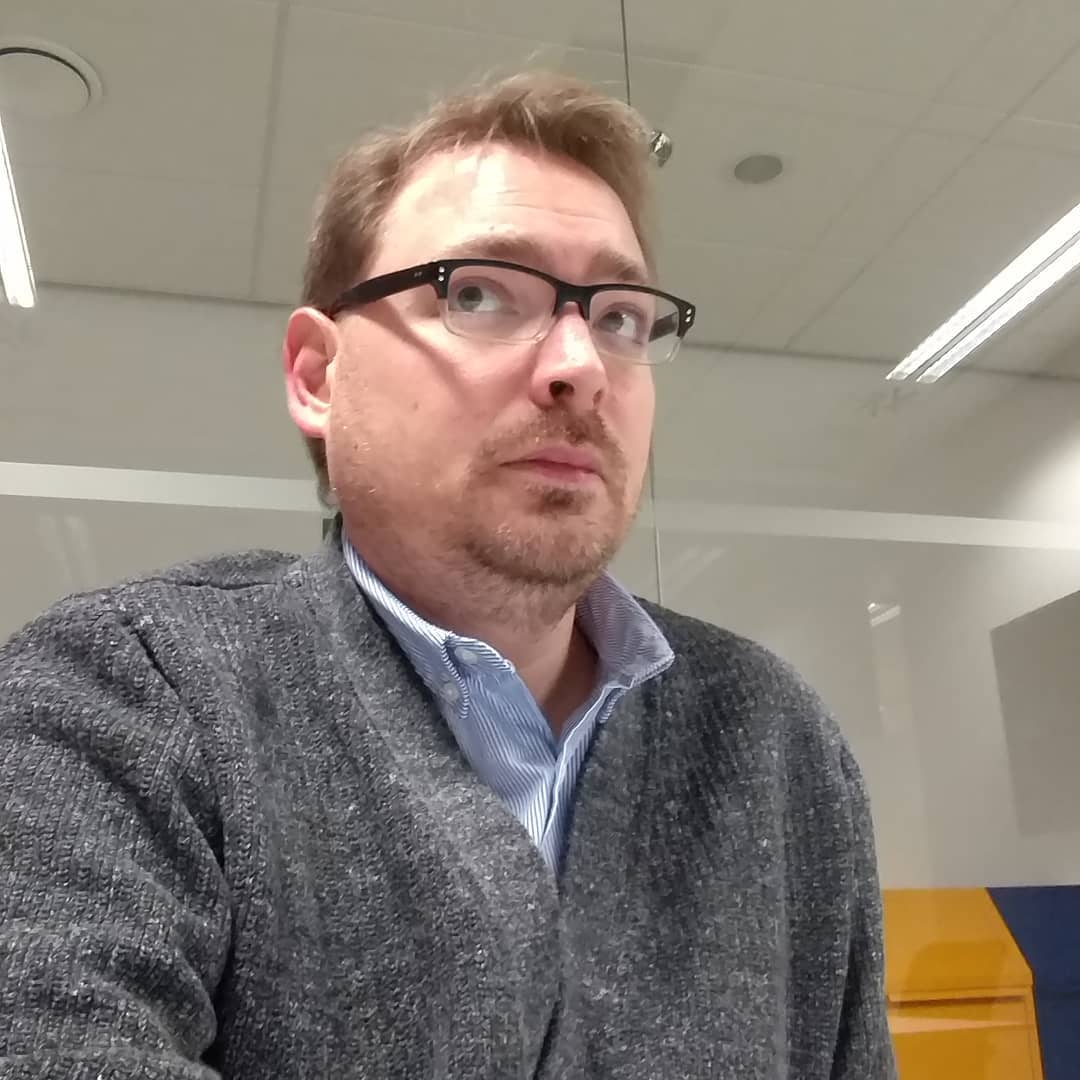 Erik Stadnik ’s first ever Doctor Who story was the 1996 TV Movie starring Paul McGann. He didn’t watch Doctor Who again for about twenty years, though those two facts may not be causally linked. He has strong opinions about writing, characterization, dialogue, and theme, and generally doesn’t give a toss about bad CG or iffy CSO, and he thinks you shouldn’t either. He has been a co-host of several Doctor Who-related podcasts, most recently Doctor Who: The Writers’ Room (since regenerated) and The Real McCoy. He also contributed to the essay collections Queers Dig Time Lords and Outside In 2, in which he attempted to turn Daleks in Manhattan into a musical. He currently lives in Prague, where almost nobody has heard of Doctor Who.

This week, Brendan’s high on Honesty, James is driving naked, and Nathan can’t stop scratching himself for some reason, while special guest star Erik Stadnik brings some philosophy and literary criticism to our discussion of Gridlock.

This week, while Nathan’s lying on the couch hungover, James is in an ecstatic vaporous trance, and Brendan’s admiring his latest avant-garde objet d’art, we are unexpectedly joined by friend-of-the-podcast, Erik Stadnik, who we hope will (eventually) find it in his heart to save us from the latest impending apocalypse, The Fires of Pompeii.

This week we’re joined by Erik Stadnik for a whole day of taping cameras to things while we wait for something — oh, okay, the Silurians — to emerge from The Hungry Earth.

This week, our hopes and dreams crumble to dust in the face of centrist realpolitik and an inability to imagine a true, multracial utopia. And, of course, we’re also talking with Erik Stadnik about a Doctor Who episode called Cold Blood.