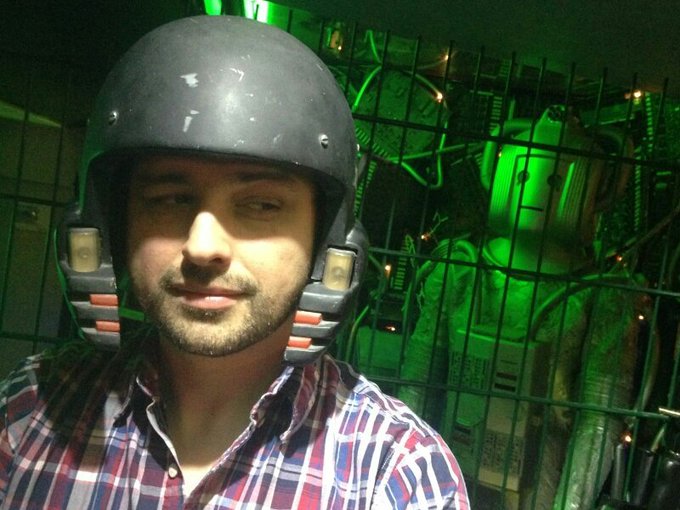 Pete Lambert first got the Whobug during the BBC’s multifaced repeats of ’81, and first announced he was officially done with this nonsense when Tegan left at the end of Time-Flight. (I mean — SHE WAS THE MAIN ONE!) He relented and is still Whobuggering about, and since he never did get banged up for smuggling Scotch E240s past Mrs Miggins at the village post office for Australian pirate exchanges, he expects an Arvo Show ident to pop up at the end of most 70s episodes.

It’s Neither of Them

This week, we’re joined by Pete Lambert and Conrad Westmaas for a social history of Elizabethan England, a whirlwind tour of the life and works of Shakespeare, and some serious criticism of Martha’s taste in men. It’s Tuesday, so this must be Hamlet — it’s The Shakespeare Code.

Episode 165: It’s Neither of Them · Download · Open in new window

This month, Brendan’s got his hand stuck up a robot, and Nathan is preparing a roast dinner made entirely of carrots and prions, when they are unexpectedly joined by those travellers in space and time known only as Pete Lambert and Conrad Westmaas. The conversation soon turns to accents, zombies and specious moral dilemmas: this is, after all, The Waters of Mars.

Digby, the Biggest Dog in the World

When loveable middle-class white lady Sue Brockman (Claire Skinner) loses her husband Pete (Hugh Dennis) after his plane goes missing over the English Channel, she decides to withhold that information from her children (Tyger Drew-Honey, Daniel Roche and Ramona Marquez), because she is afraid it might ruin their Christmas (which it totally would). But her world is soon turned upside-down by a mysterious stranger (a very young Prince Philip in his first television role), who beguiles the children with hot and cold running lemonade before whisking them off to an extraterrestrial forest which is about to have massive vats of acid dumped on it. Meanwhile, surprisingly, obnoxiously messianic lion Aslan (Liam Neeson) is nowhere to be found. Mark McManus and Pete Lambert guest star. It’s The Doctor, the Widow and the Wardrobe.

Episode 230: Digby, the Biggest Dog in the World · Download · Open in new window