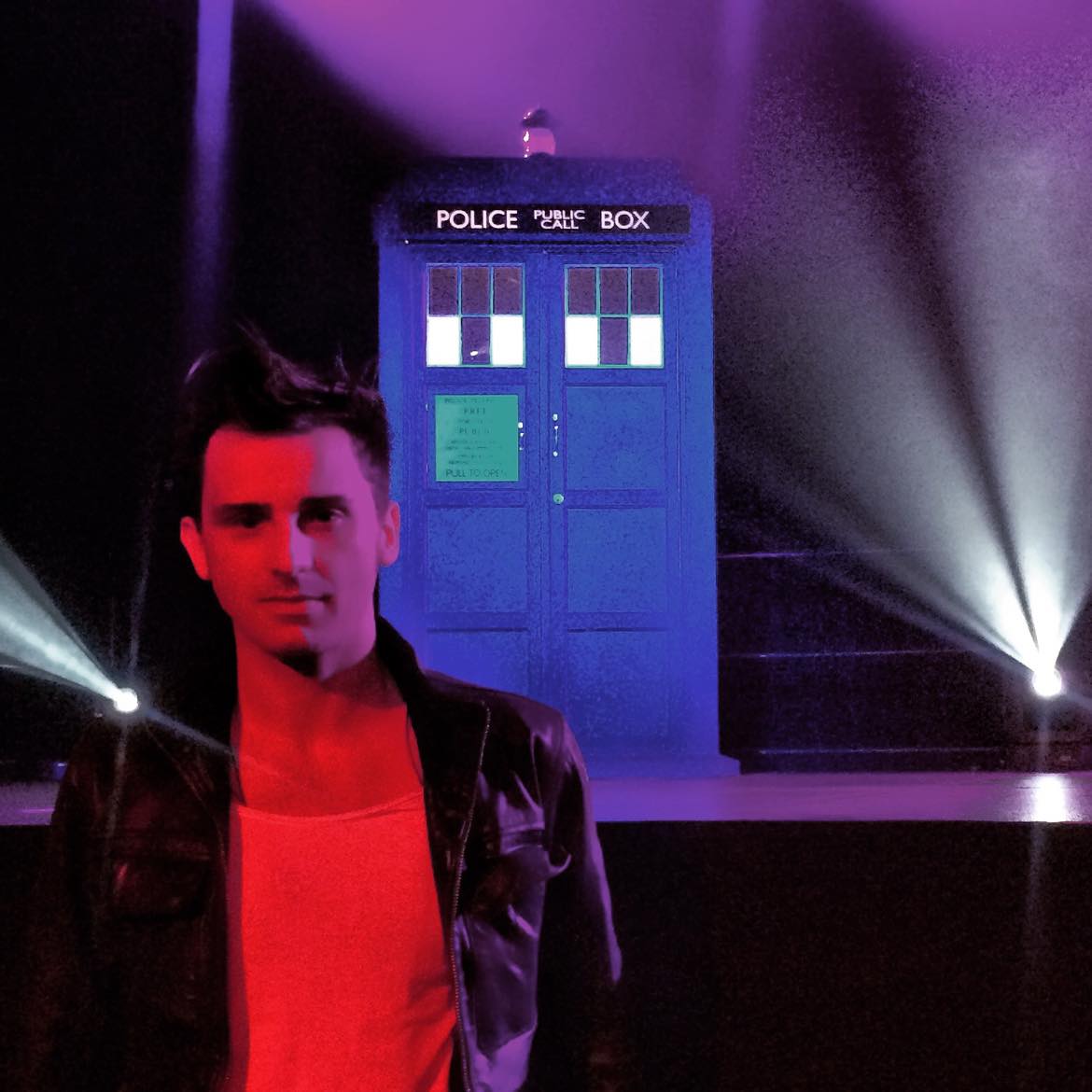 Steven B grew up solely on 1970s Target novelisations and ABC afternoon repeats of Tom Baker stories in the 1980s. He was sufficiently traumatised by those memories to keep being a fan for longer than is sensible or polite, going on to identify a bit too readily with Peter Davison’s Doctor during his adolescence during the 1990s before morphing into a David Tennant clone in his twenties last decade. Now approaching 900 years of age, he’s very much a fan of Peter Capaldi and is in love with the idea of Jodie Whittaker as the Doctor as, appallingly, he nears on his fourth decade of fandom. Honestly, you get less for murder.

This week, Nathan and James are joined by Steven B from New to Who, and spend a couple of hours running up staircases in Cardiff, desperately trying to avoid a shrieking pedal bin with memory banks stuffed with exabytes of hardcore pornography. It’s your favourite episode of the season — Dalek.

This week, Nathan, James and New to Who’s Steven B spend most of the time trying to make Todd cry; the rest of the time, we’re trying to avoid bats in the Deffry Vale High School computer room and listening carefully while Sarah Jane Smith explains the moral of the story. It’s School Reunion.

Remember Who We Were

Our farewell last week was so heartbreaking that we decided to sneak in one last episode before Christmas. So, here are Terry Wogan and John Barrowman to introduce a heartwarming episode of Flight Through Entirety, in which Nathan and James are joined by Steven B and Dan from New to Who to discuss the 2007 Children in Need special, Time Crash.

This week, Nathan, Brendan, Steven from New to Who and Kevin Burnard join Amy and the Doctor as they head off to a version of Britain in the distant future which is exactly like the Britain that they just left — crumbling, nostalgic and in deep denial about the giant alien whale in the basement. Or as we like to call him, The Beast Below.

This week, Nathan and James are joined by Steven B and Dan from the New to Who podcast for an episode made up of the scavenged parts of other episodes. It’s time to meet the first character from the first shot of the first ever Doctor Who episode. Say hello, everyone, to The Doctor’s Wife.

This week, we’re in the Wild West for some down-home, old-fashioned, country-style moral philosophy. The burning question: is it permissible to let that well-spoken middle-aged country doctor get killed just because he sawed up a bunch of people and turned them into psychopathic gun-wielding maniacs? Steven B joins us to discuss a well-shot, well-acted, well-written and thought-provoking episode: A Town Called Mercy.

This week we’re joined by Steven from New to Who to discuss one of the great loves of our lives — Dame Diana Rigg, whose astonishing performance makes The Crimson Horror one of the best episodes of the era.