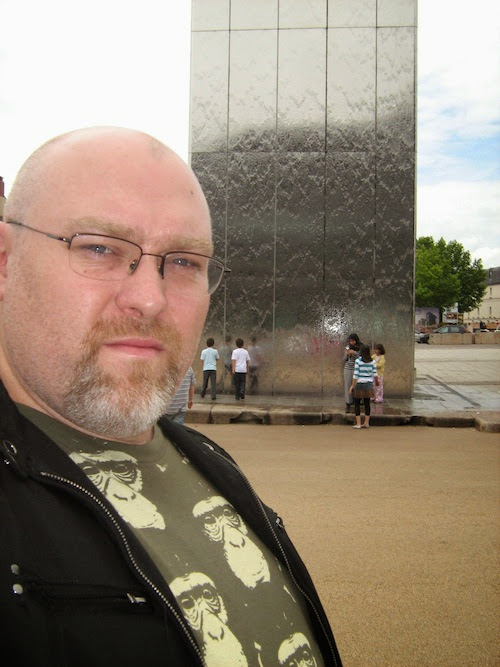 Adam Richard was born between parts 2 and 3 of Terror of the Autons, and the first episode he remembers seeing was the last episode of Planet of the Spiders (he was 5!) His fave story is Ark in Space, because his old favourite is considered racist now…or lacist as John Bennett would say. When he was 12, Adam queued up to meet the 5th Doctor at Myer, and then again some 30 years later (though not in Myer this time) — such fun! Adam has been a stand-up comedian, gossip queen, writer and actor for over 20 years. In 2012 he co-wrote and starred in ABC comedy Outland, about a group of gay science fiction fans. He is currently a senior writer on the ABC’s Hard Quiz, and was a regular panellist on Whovians.

Put a Glaze On

It’s Coronation Day, and so Nathan, James and Richard have invited TV’s Adam Richard over to join us on the sofa, so that we can watch the festivities in comfort while Maureen Lipman slowly pulls our faces off. God save the Queen, everyone — it’s The Idiot’s Lantern.

On the Set with Dame Derek Jacobi

This week, we’re joined by TV’s Adam Richard to talk about Martha, the Master, Heather Locklear, Coronation Street and Russell’s original plans for the end of the season. And we also talk about a little Doctor Who episode that we like to call Utopia.

Episode 174: On the Set with Dame Derek Jacobi | Download | Open in new window

Crossed That off the Whiteboard

This week, we’re joined again by Adam Richard for a discussion about RTD’s early-season two-parters, sidelining the main characters, the military, cloning, Sontarans, and the perils of spending too much time with our families. It all smells very much like The Sontaran Stratagem.

Episode 183: Crossed That off the Whiteboard | Download | Open in new window

It’s the last episode of the first half of the season, and to celeberate, Nathan, James, Peter and Adam Richard have invited literally everyone they’ve ever met to join them at Demons’ Run for a bloodless victory swiftly followed by a painful death. Oh, and the baby shower has been cancelled. Which is just the sort of thing that happens when A Good Man Goes to War.